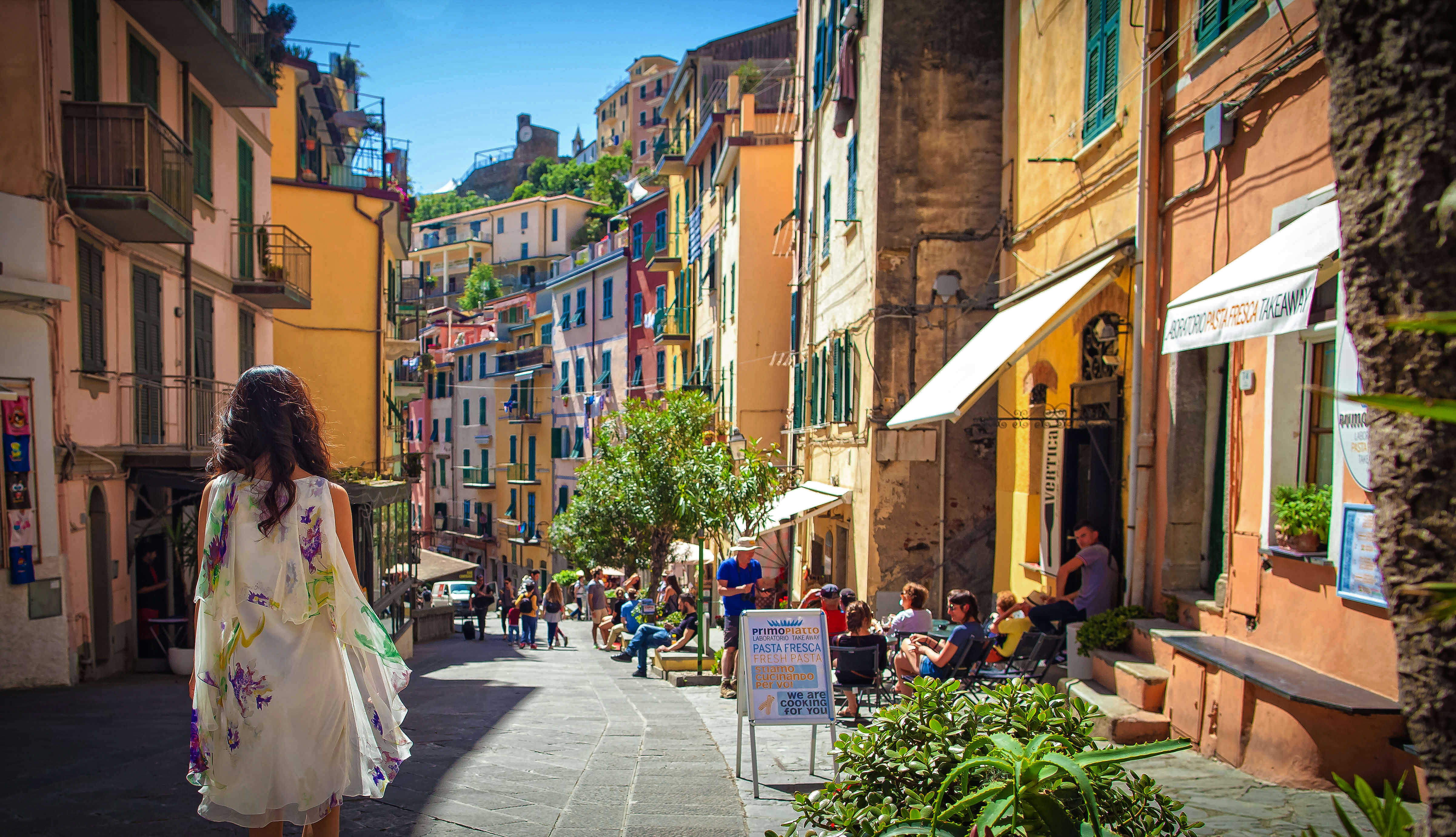 The Cinque Terre consists of five small villages-Riomaggiore, Manarola, Corniglia, Vernazza, Monterosso-5 towns perched along the cliffside of the Italian Riviera. Each does have its own personality. 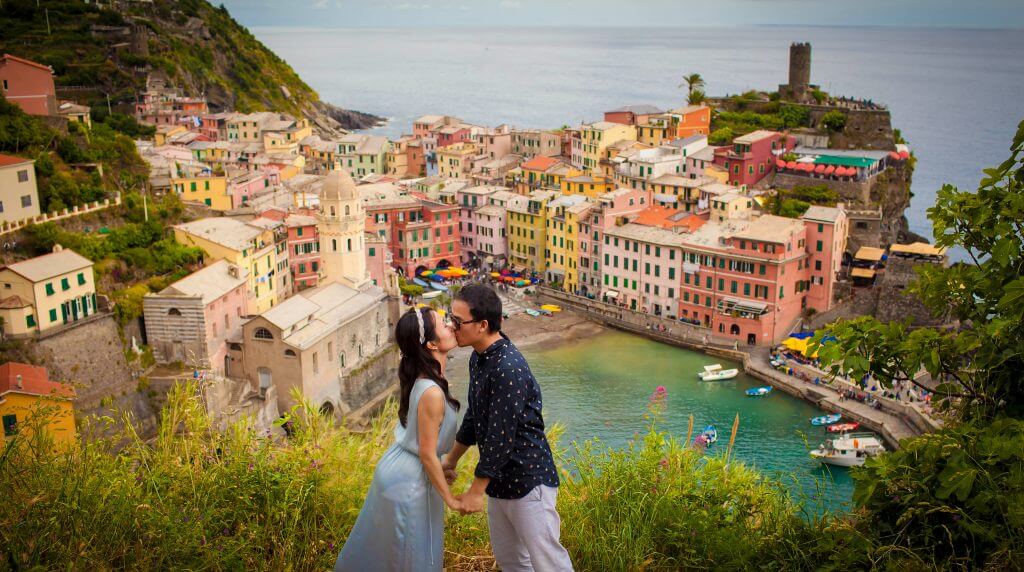 Riomaggiore is the first village from La Spezia, that sits in a small valley facing the sea. A cliff-hanging trail leads from the beach to old bunkers and a hilltop botanical garden.

Like Alice in Wonderland, I just stumbled through a tunnel and accidentally walked into this beautiful painting! 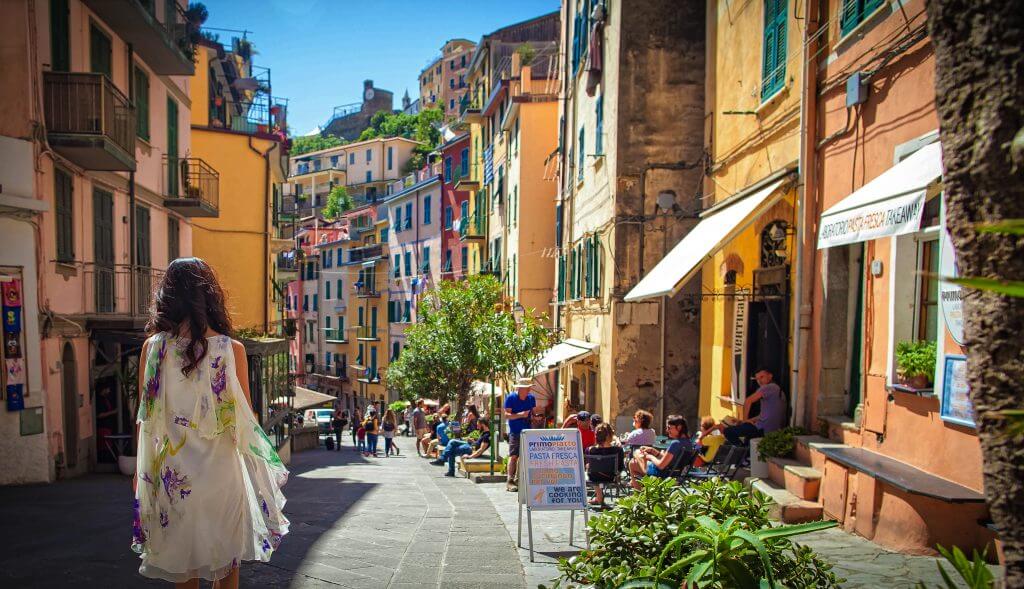 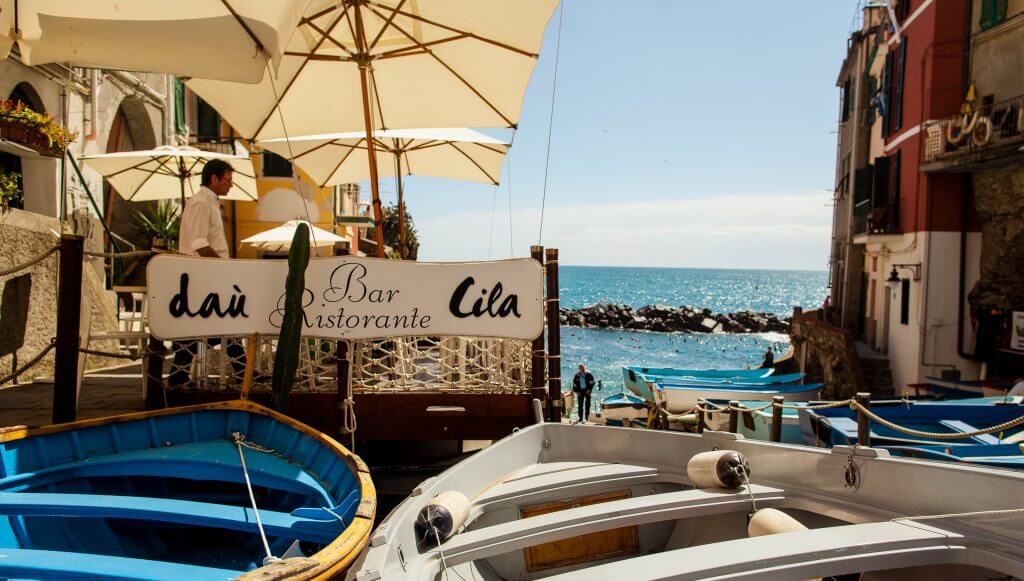 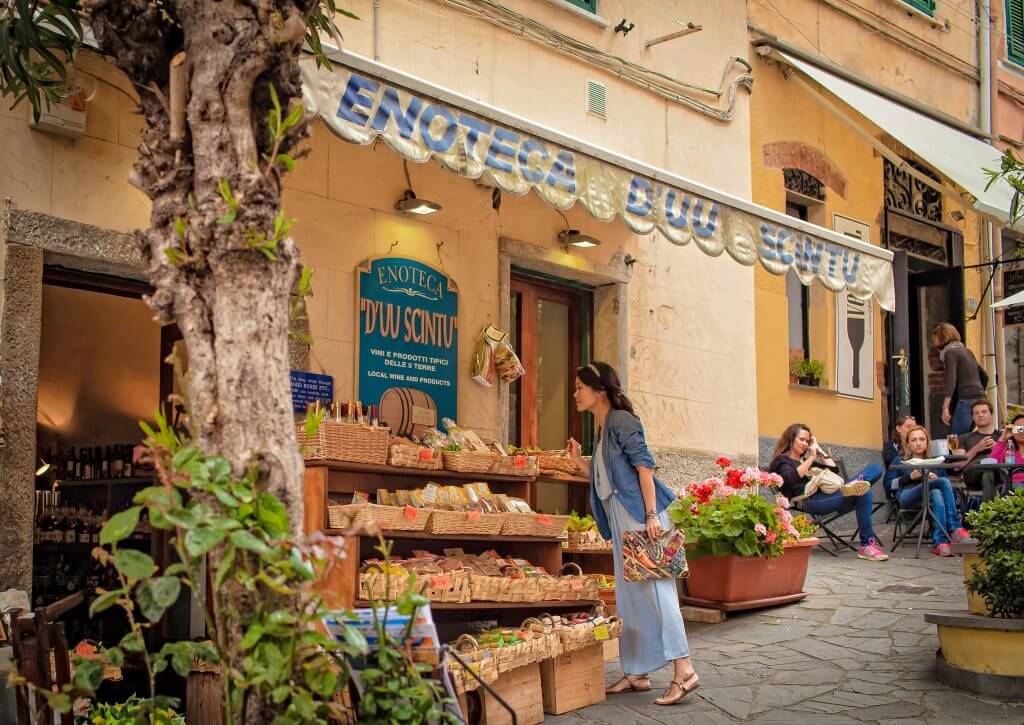 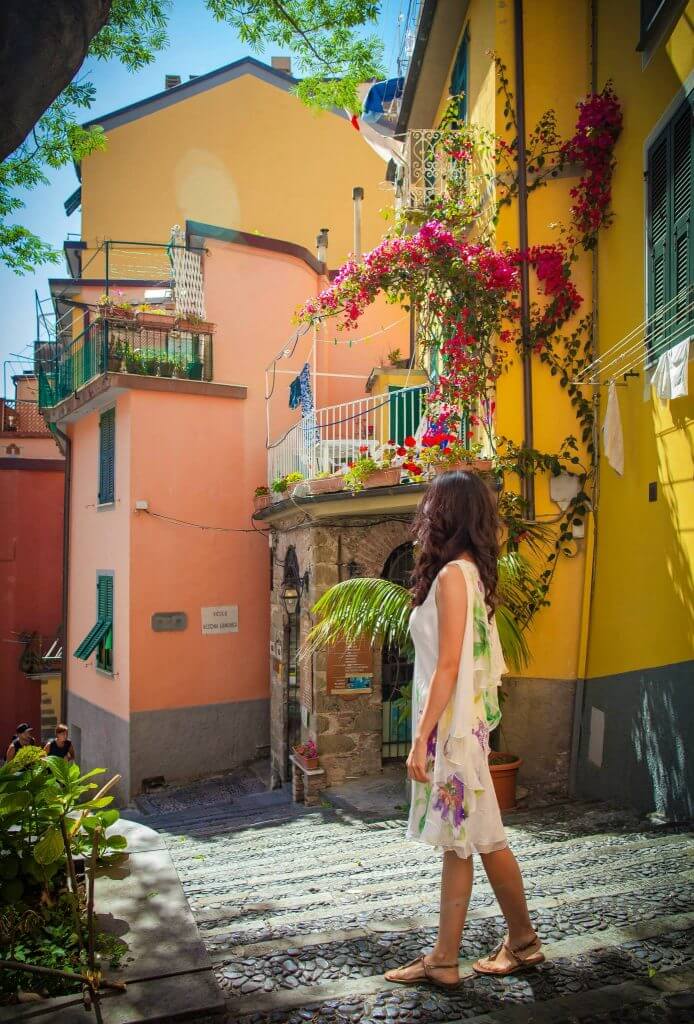 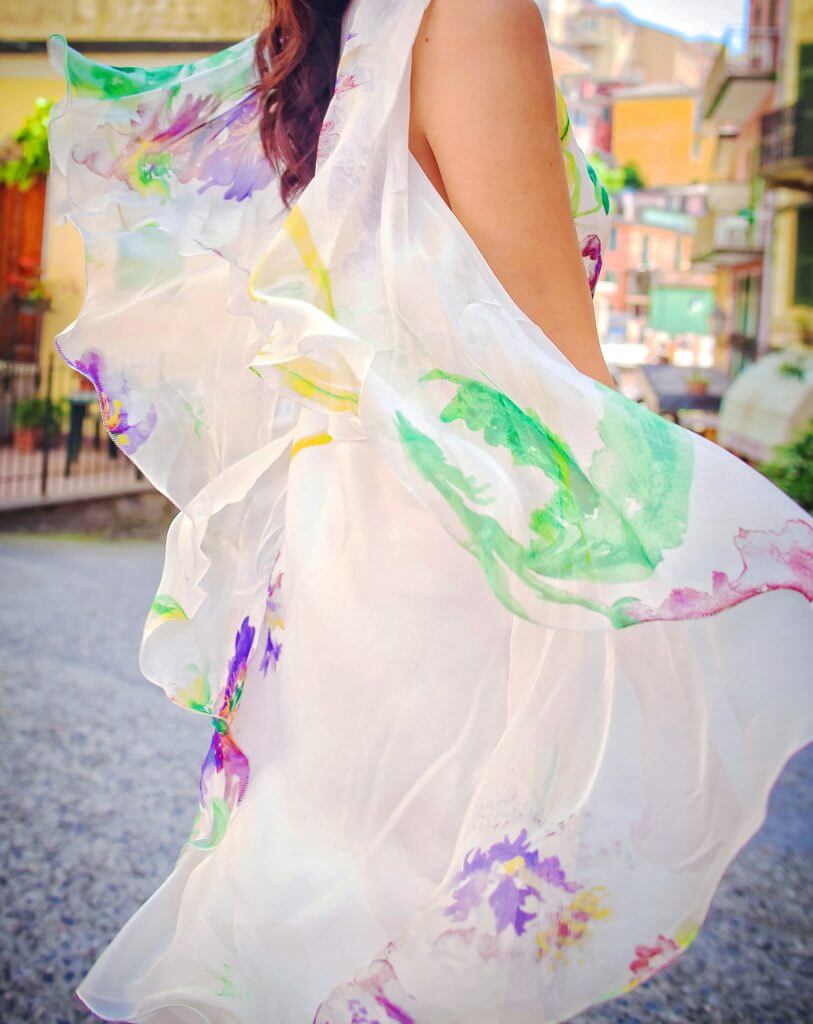 Heading north from Riomaggiore is the second village called Manarola. It’s also a one-street town, with a small harbor where you can swim. I find Manarola more romantic and quieter – the view here is stunning. It is the second smallest of the famous Cinque Terre and the oldest of the five towns, with the San Lorenzo church cornerstone dating back to 1338. 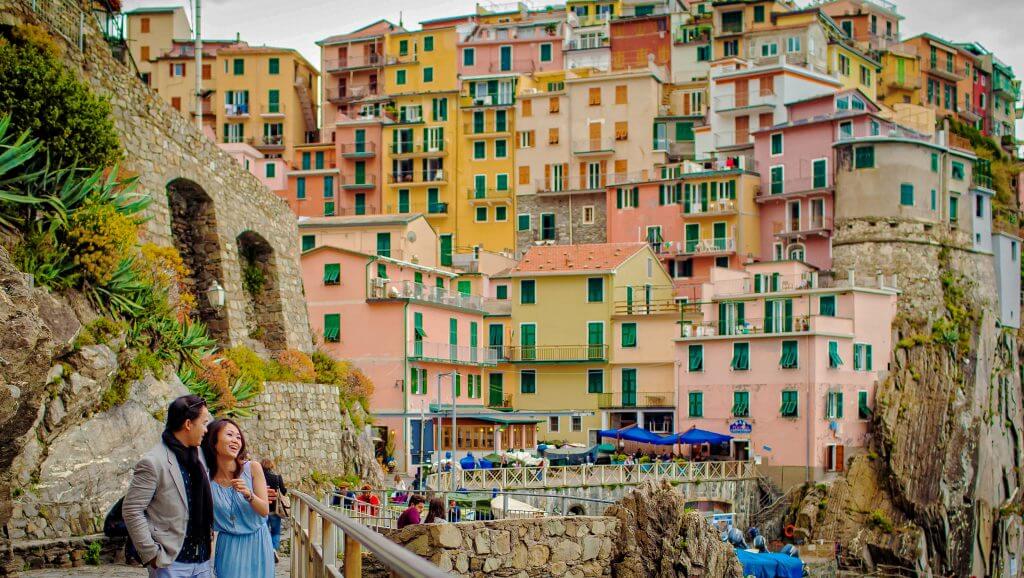 Corniglia, with its mellow main square, is the quiet town — the only one of the five not on the water. It sits 100 metres high above the sea and requires a lot of stairs or shuttle bus from the train station below. According to legend, a Roman farmer originally settled Corniglia, naming it for his mother, Cornelia (which is how Corniglia is pronounced in Italian). Residents claim Cornelia’s son produced a wine so famous that vases found at Pompeii touted its virtues. Still, today, wine remains the town’s lifeblood. We didn’t plan to visit Corniglia due to the difficulty of reaching the top of the cliff, but we got off at the wrong train stop, took a wrong turn and got lost in the village of Corniglia and found ourselves dining in a beautiful restaurant with terrace overlooking the mythical and surreal sunset of Cinque Terre! 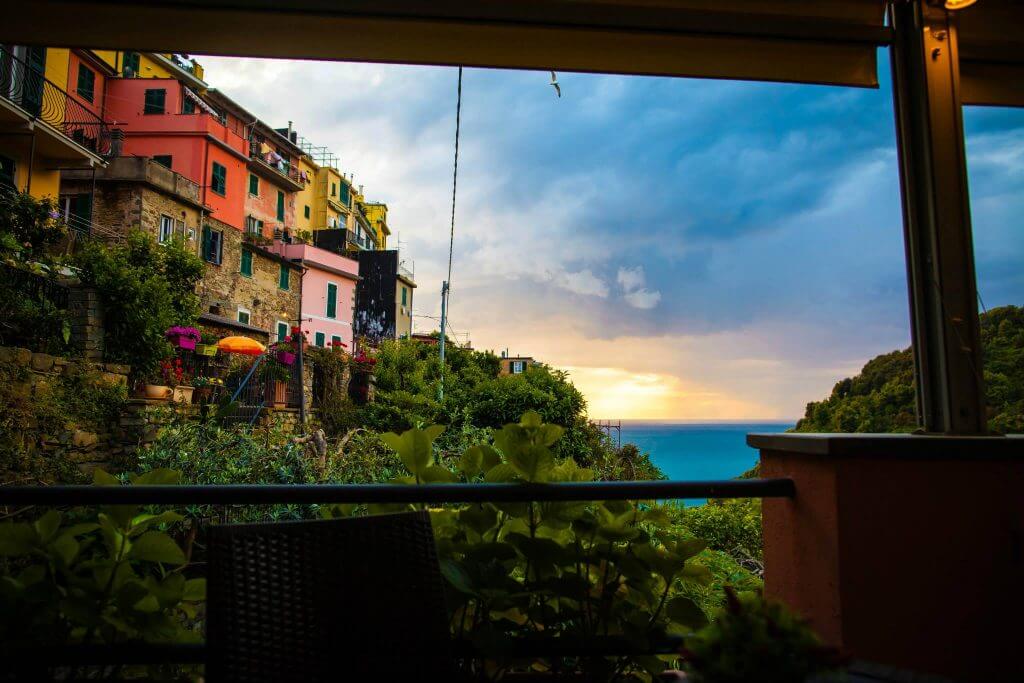 Vernazza has perhaps the most charming central square, as it’s right on the water and there’s a lovely church tower on one side.

The best description of Vernazza is probably by the Guardian’s,

“In the late afternoon, the small, medieval town of Vernazza, on the Italian Riviera, is as perfect as Italy gets. With the daytrippers gone, the scene is impeccable, a Hollywood filmset, rolling every gorgeous, romantic Italian cliche into one. Up in the hills, winegrowers tend to their vines. In the piazza, flat-capped farmers, swept into corners by the last rays of sun, gather to talk and smoke. Pizza cooks over a wood fire in a restaurant. The town florist bursts into spontaneous operatic song. A couple kiss on a street corner. It’s so romantic, so iconically Italian, that it’s surreal.” 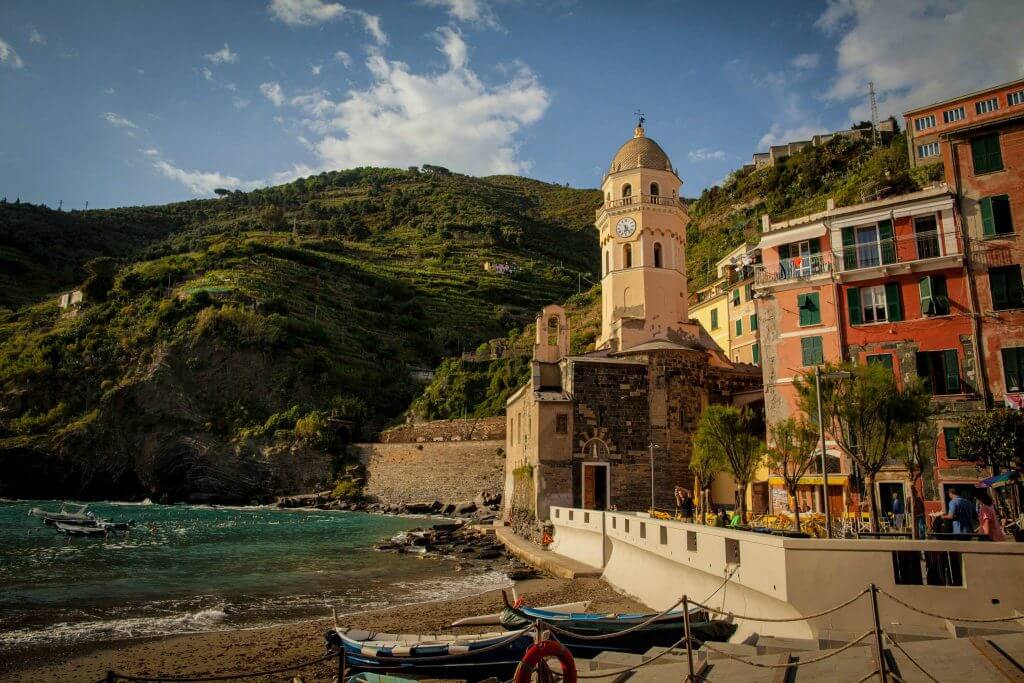 I recommend walking the first hill of the Vernazza to Monterosso trail to get the best view back over the town. 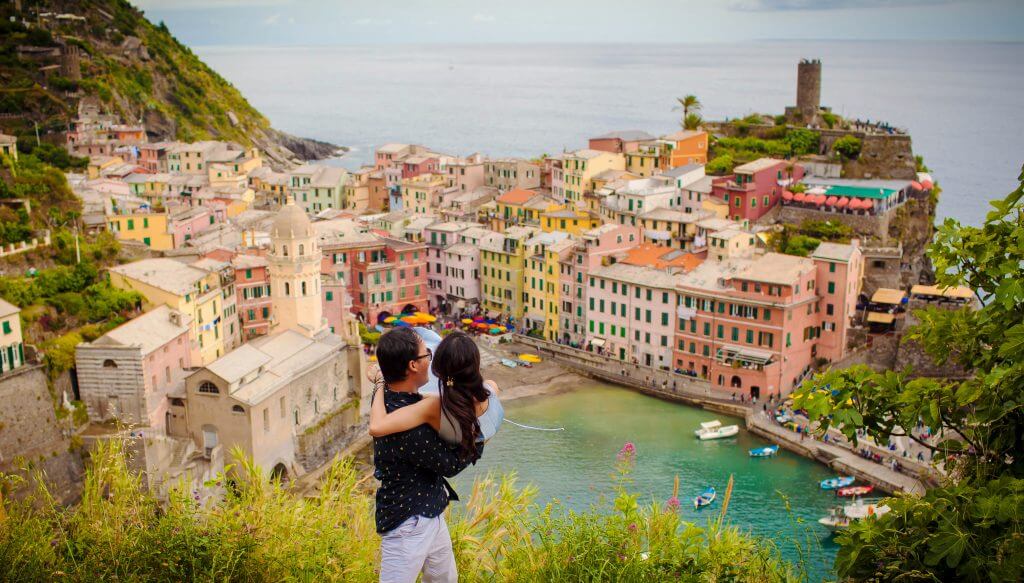 The northernmost village is called Monterosso al Mare. Monterosso is made up of an old town, a new town, lots of sandy beaches, some larger hotels and a long seaside promenade suitable for strollers too. 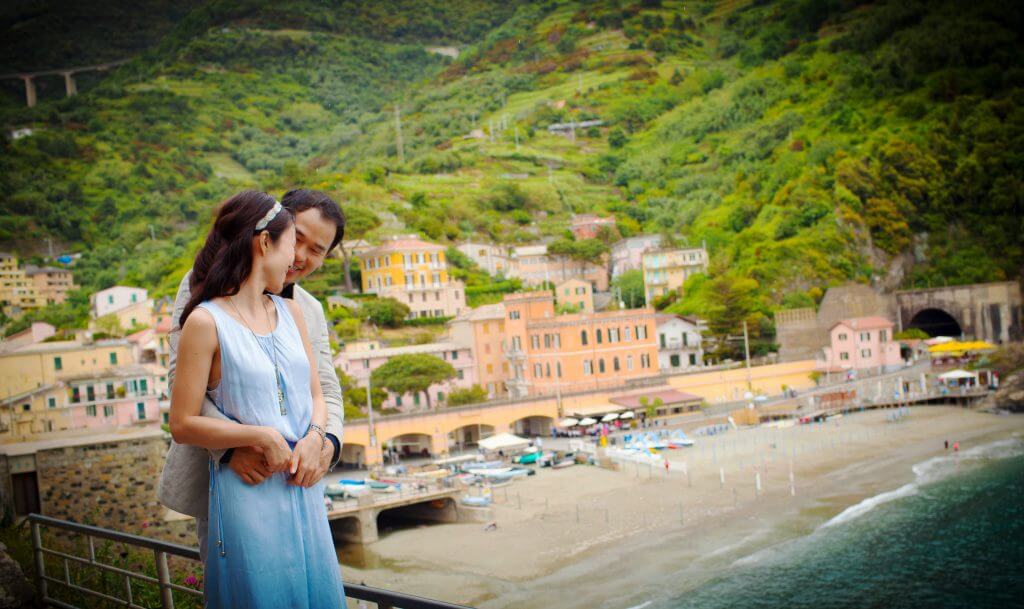 When we were at Monterosso, there was a lemon festival going on at the village. 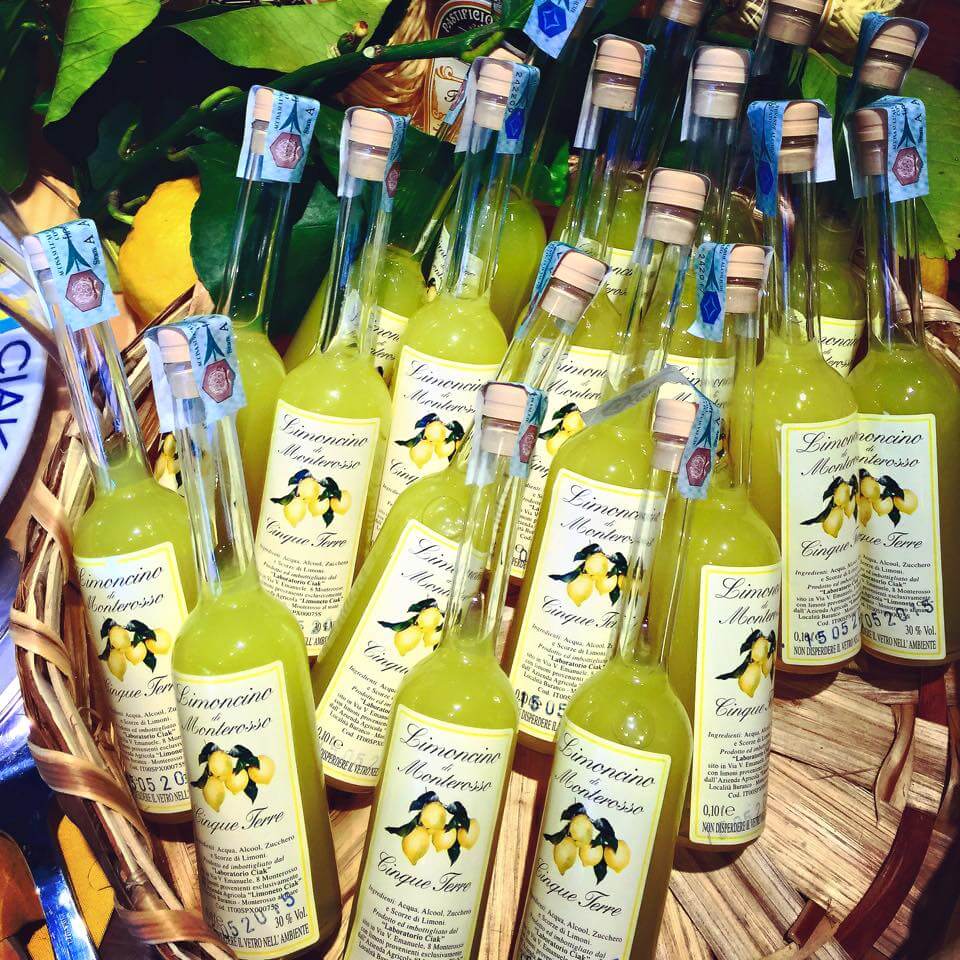 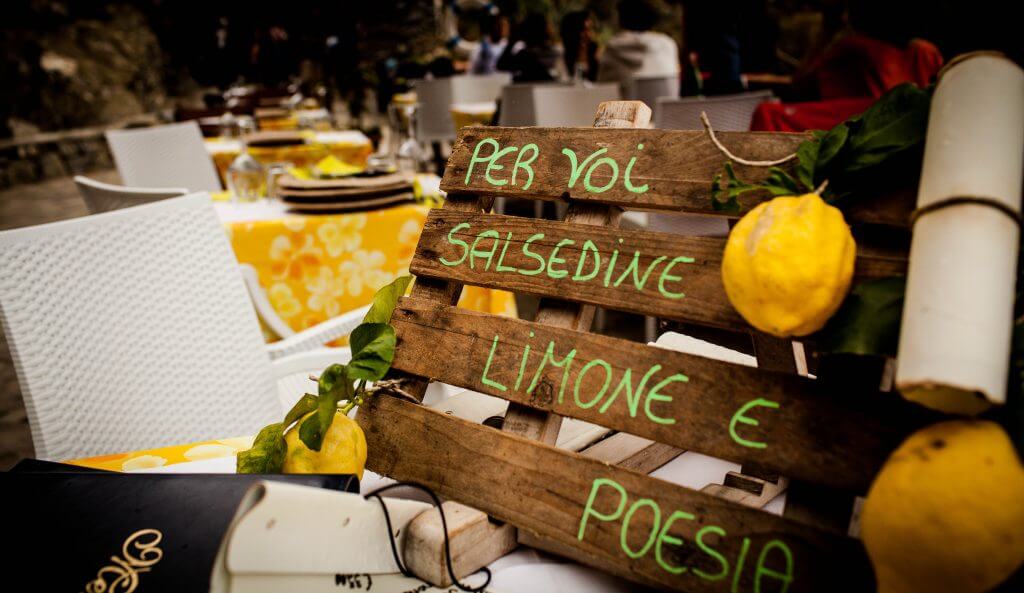 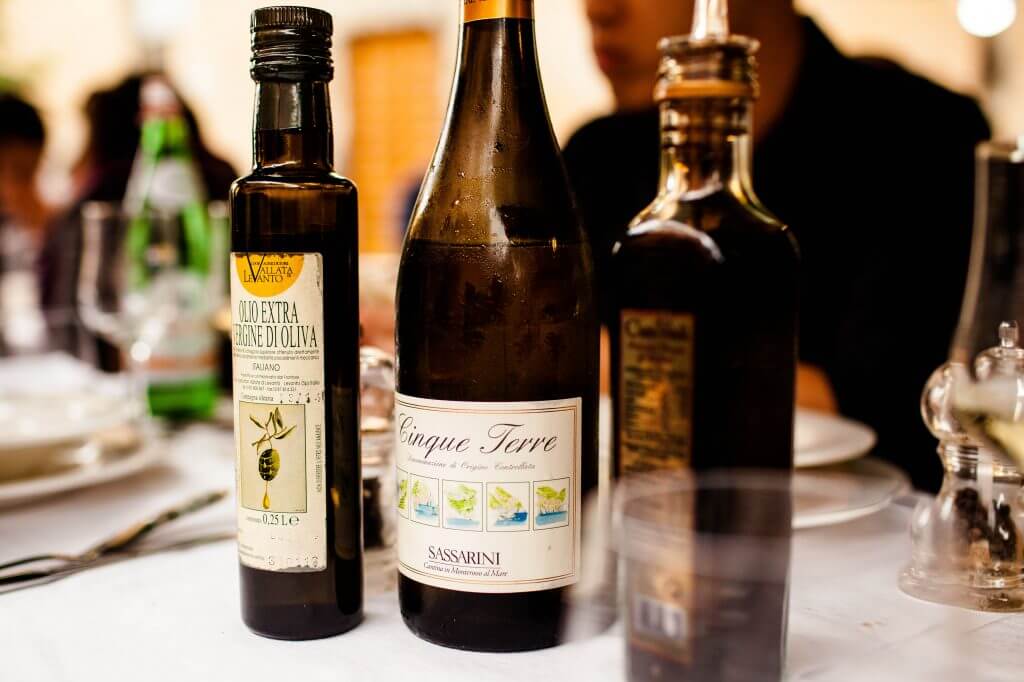 Cinque Terre is one of the most picturesque places that I’ve ever been to! 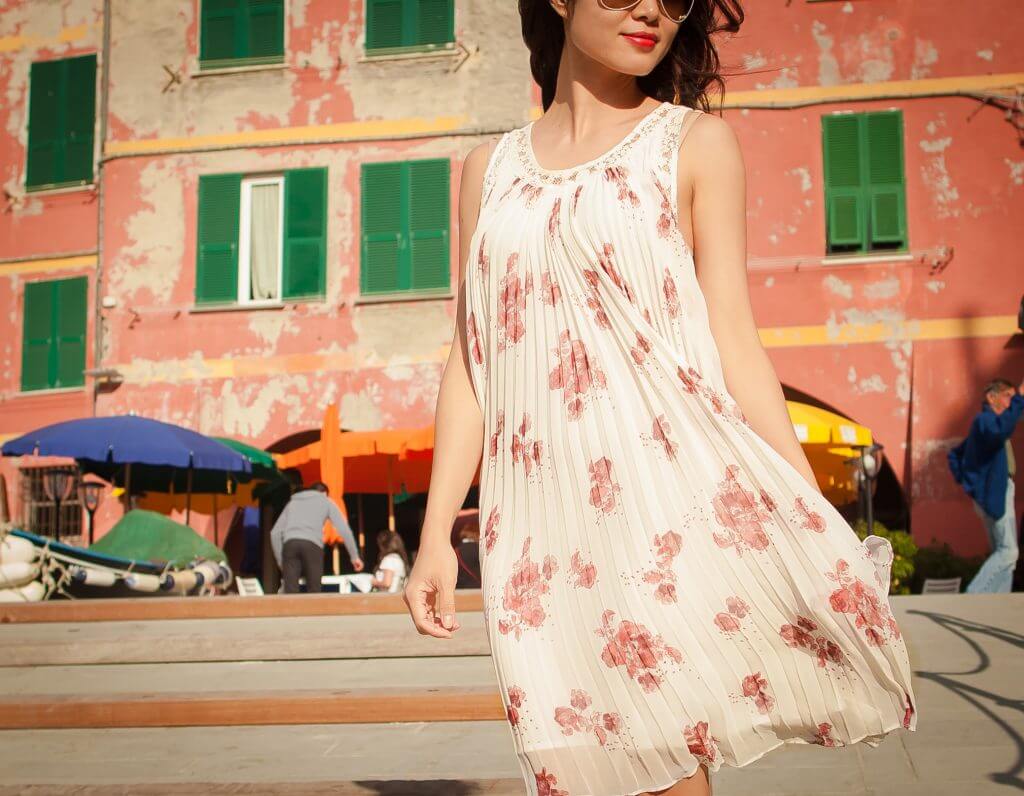 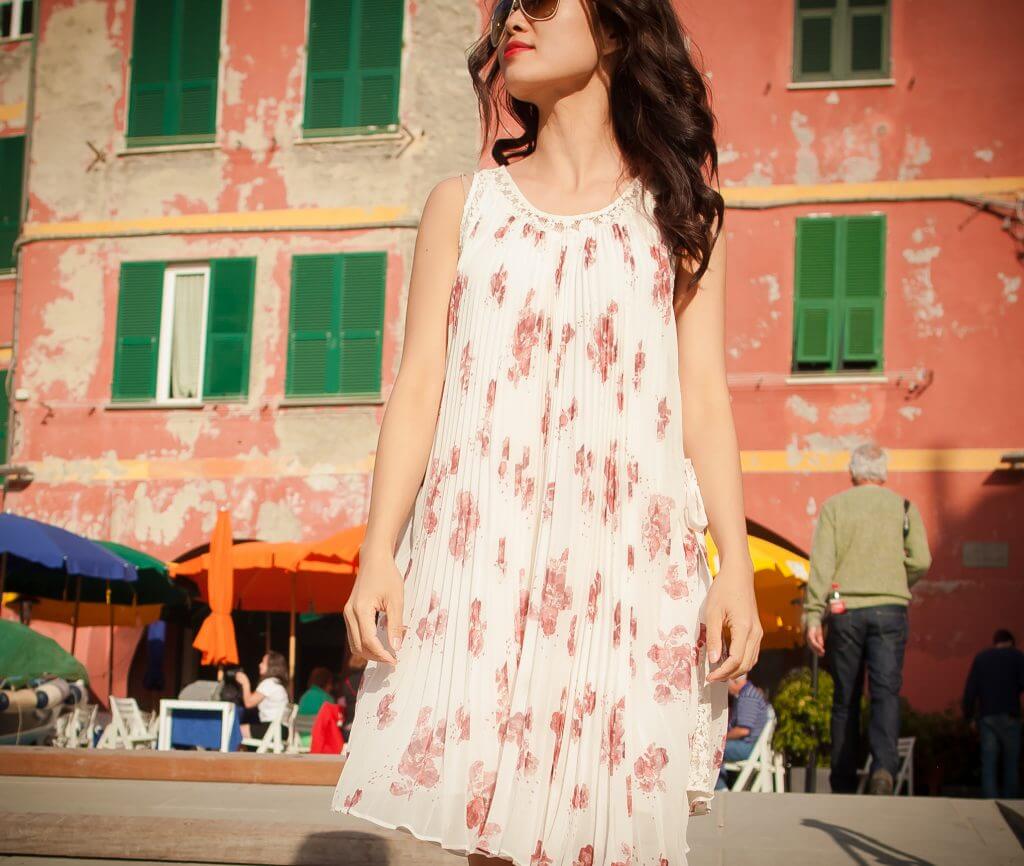 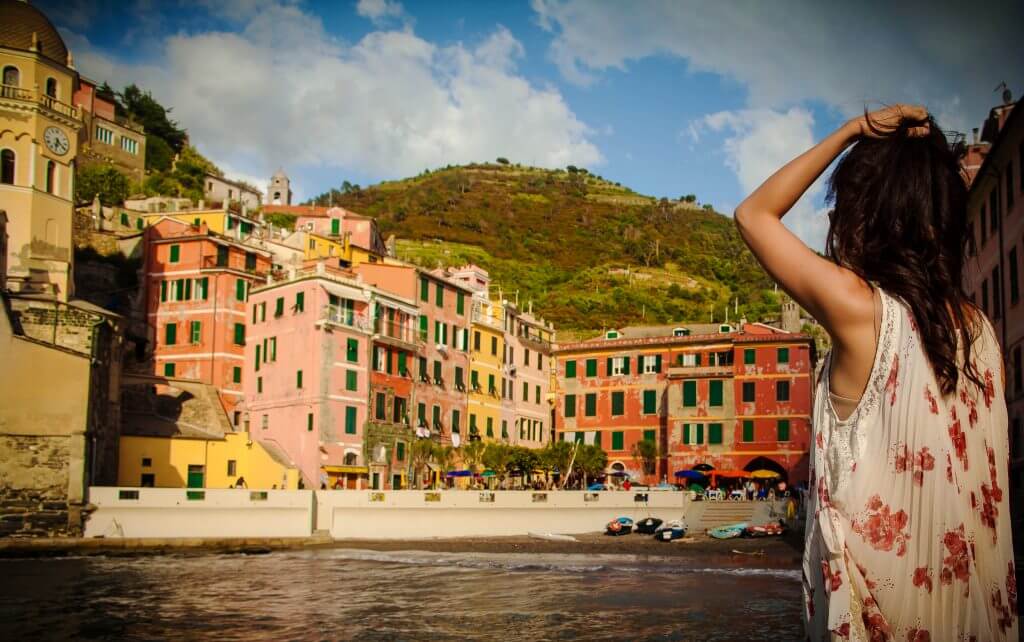 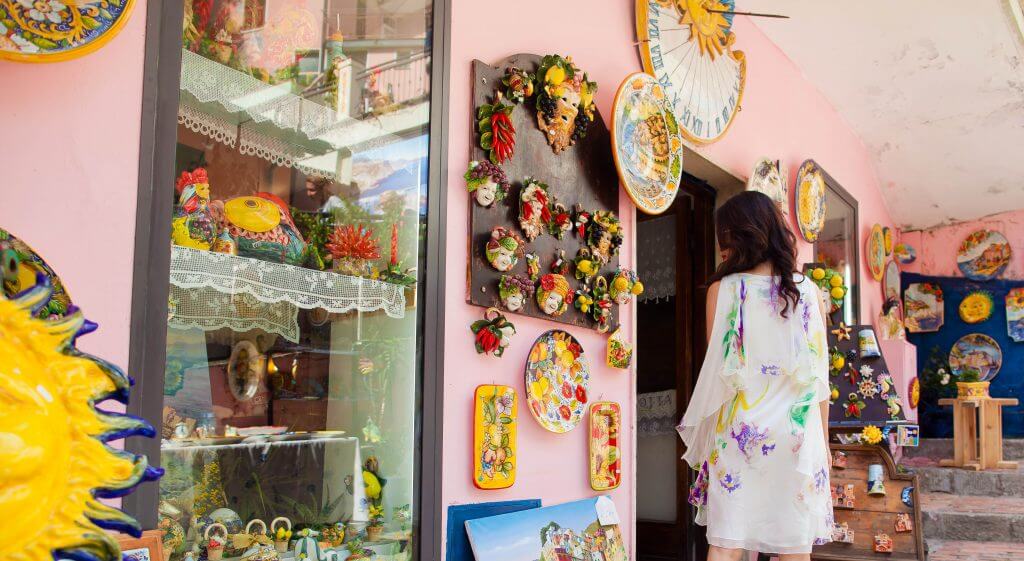 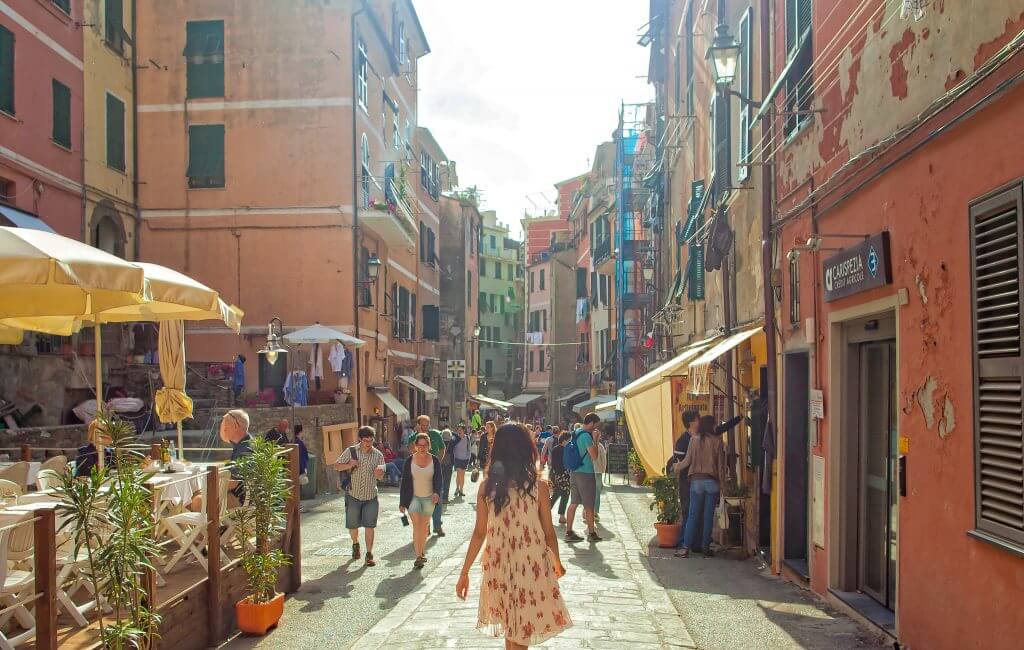